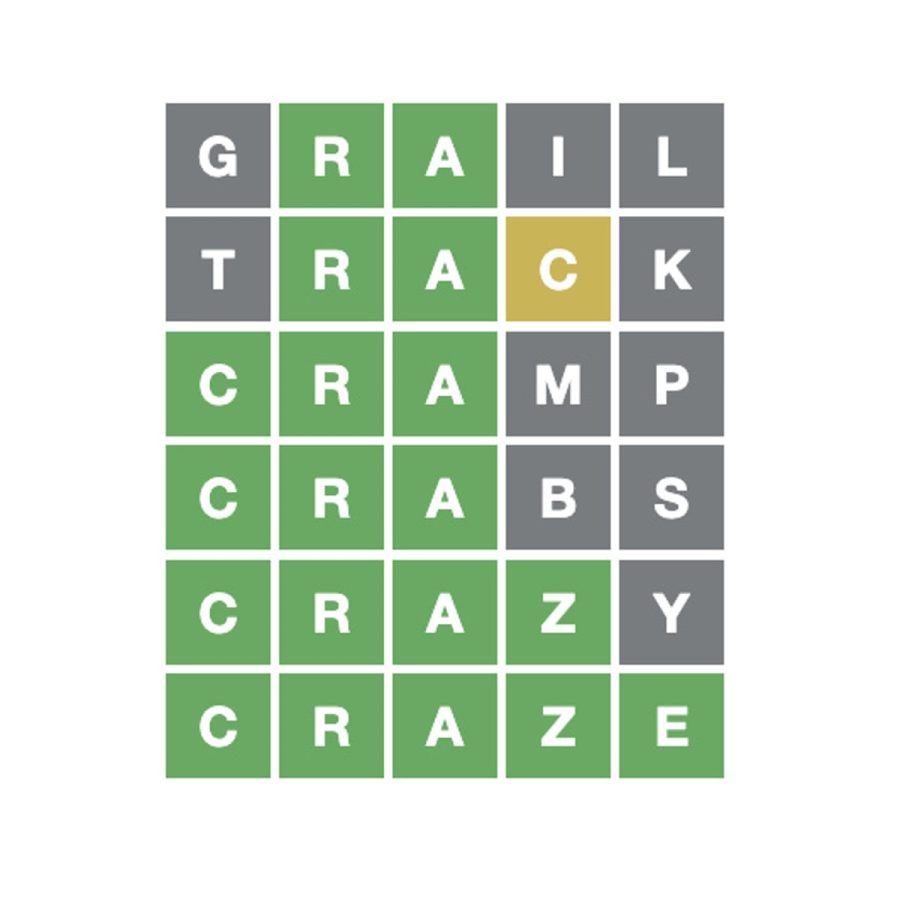 It seems impossible to navigate through a school day without hearing one of your classmates talk about Wordle. In case you’ve been living under a rock and don’t know what I’m talking about, Wordle is an online word game published by The New York Times Company on January 31st, 2022, where, each day, you get six attempts to guess a five letter word. Created by software engineer Josh Wardle in late 2021, the game skyrocketed in popularity in January of this year. The game is so simple and universal that Bothell students and teachers alike play daily.

Most first heard about Wordle through word of mouth, or on social media. Math teacher Mrs. Isaman says she “started doing Wordle I think in January. We were celebrating my sister-in-law’s birthday and someone had it on their phone and I have been doing it ever since.” Bhavya Rayankula (22’) discovered Wordle when she “saw it on TikTok and I started playing it.” Its  popularity at school has also encouraged more students to join. Kaden Allen (22’) states he began playing when “I overheard Mrs. Isaman ask someone if they did the Wordle so I looked it up and I’ve done it ever since.”

But it’s not just the popularity bringing players back each day. Rory Stobie (22’) enjoys  that “it’s a challenge. I think the hardest part is just thinking of words that work.” Mrs. Isaman agrees, stating  “It’s a little bit stressful. I like to compete with my children. We see who can do it the fastest and in the least tries. The struggle is that as a teacher the students in my class will be talking about the Wordle every day and it’s hard not to hear hints.”

There is much online debate surrounding which is the best starting word, or the first word to play that will maximize correct answers. While many at school choose a random word each day, others have a go-to. Stobie uses soare first, then clint. Mrs Isaman  says “I like ratio, but it kind of depends on if I want vowels or consonants. I occasionally use plume because I know one of my students uses it so thought I would use it too.”

While Wordle, like all trends, will eventually die down, its impact will continue to be felt through the friendly competition it fostered and way of encouraging creative thinking.