Ready or Not, Here Comes September 2021 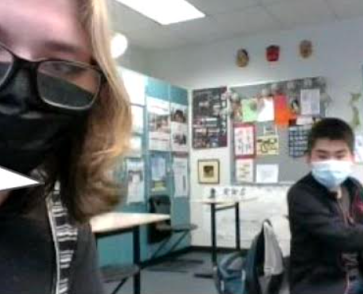 As we’re stepping away from this 2020-2021 school year, looking back at the road once traveled, we get to reminisce about the amount of chaos that occurred: zoom calls, accidental unmuting, and screen sharing problems. I highly doubt people are going to forget this experience, but are we going to be able to look back and acknowledge what we’ve learned as we move forward?

We may be losing a lot more than just minor details that we naturally pick up in the next school year. We are going to have to do major catch-up to close the learning gap created by 2020’s insanity. It all could get wrapped up in the one million dollar question:What is next year going to look like, and how ready are we to step into it?

We’ve been socially distanced for about a year now, seeing people either through a sheet of plastic or six feet apart, which to us, is the responsible choice. We are keeping others safe as well as ourselves, but what about younger children who don’t fully understand our situation right now?

As Dr. Stacey Scarborough stated in an interview on directrelief.org, “…that’s hard for sharing. This is an age where you learn how to share and we’re kind of encouraging no sharing . . . This is the age where you work on developing those skills and we’re kind of saying, ‘You can’t do that’ . . . they’ll learn it later, but it’s a harder thing to learn when you’ve learned not to share under trauma and then we’re going to say later in life, ‘You have to share. You’re not a good human being if you don’t know how to share.’ ”

We may not be learning about how to share or take turns, but has the pandemic impacted our social skills more than we think? It certainly has impacted our academic progression. Dr. Beth Tarasawa predicted in Seattle Pi’s article that students will only remember half of what they learned this year, compared to previous years. Some grades are potentially a whole year behind.

Mrs. Roumelis, one of the Spanish language teachers at BHS, has said that review is definitely going to play a major role going forward. Adding on that she says, “I just don’t think we can make up for all the missing days. We didn’t have that much time or the right environment to practice in.”

Emma Conklin (‘24) summarized her thoughts like this: “Academically; crap, emotionally; even worse. Socially; in the dumps . . . my social skills [are] in the dump.”

Prithika Mageshwaran (‘24) differed from Conklin, saying that she didn’t have to work as hard to succeed academically. Emotionally has been even better with the amount of time that she could spend on herself, and her social skills have pretty much stayed the same since the beginning.

Opinions varied across the board on the survey with thoughts on future review varying from, “too much like I don’t know what’s happening in my classes right now” to “none :)” (yes, with a smiley face.) Relationships with peers also stretched across the spectrum with connections that are hanging by a string, to those reinforced by steel.

Presently, confident academic retention ranges from, “90% of the stuff I’ve learned I’d say I am proficient in” to “none! :D” (again with the smiley faces.)

Remote learning may not ever be completely erased from our midst since we’ve opened up this can of worms, although not all students are completely opposed to this idea.

So, we’re closing up this school year—one that could make a trainwreck look like it was still on the rails—and with it, we’ll have an absurd abundance of tales to tell next year, when things begin to “recover” from this pandemic.