Why don’t you smile, Sir? 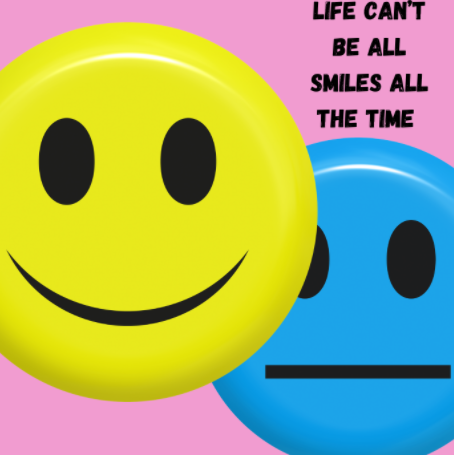 I was 12 the first time I had even heard the words fall from a man’s lips. I was spending the weekend at The Vintages in Oregon, sitting in a leather chair reading my book while

my mom was wine tasting. I remember hearing the words come from this man while his wife stood next to him; I never responded, just went back to immerse myself in the world depicted on the pages of my book. To this day I wonder; what has to go through a man’s mind in order for him to feel the need to ask a 12 year old girl with her book “why don’t you smile?”

Luckily, I haven’t heard the words directed at me since then; or maybe I just don’t re.ember because it’s a thing women get used to eventually. It doesn’t sting any less, but it’ll happen so often that it seems as if there is no use talking back. Sometimes I worry that I’ll be attacked physically if I argue with or talk back to a man after he says something that’s insulted me. So I keep my mouth shut, my mind ticking off all the great comebacks that could have been said.

Being told to smile also creates an uncomfortable feeling for the girl or woman involved. A Catamount survey revealed that Erynn Lippert (‘23) and Kiersten Dekay (‘23) are just two of the 75.6% of girls at Bothell who have heard a comment from a man about smiling. Both girls described the encounter as weird or uncomfortable. Lippert recalled the first time she had heard a comment about smiling when her coach at soccer practice said to smile more; “it was weird, it wasn’t meant to be but it came off that way and I didn’t like it or enjoy it,” she said. Lippert told me that there were instances where people aren’t clear  and telling a woman to smile becomes a version of a catcall and another way to control other people’s bodies.

Dekay’s first experience being asked about smiling happened around the same time it did for me, she explained that it was somewhere around age 12 or 7th grade. “I was in my 1st period class taking notes and a guy next to me said ‘you look sad, why don’t you smile?’ […] I was kind of taken aback, like why are you commenting on what I look like?” she said of her experience.

In an article published by Inc. in the fall of 2019, an new study revealed that 98% of women reported being told to smile at work with 15% of those women noting that it occurred at least weekly. The Atlantic published an article in 2016 about the sexism of telling women to smile featuring stories of real women and their experiences with this specific comment. A female professor spoke about how she gets exhausted smiling at work all day, but she knows that if she weren’t cheerful that there would be lower student enrollment and with her paycheck on the line she has to let it all slide and push through. Dekay vocalized that men “expect that women should be smiling and happy and aware of what they look like,” which seems utterly wrong. Shouldn’t we have moved past these 1950s reminiscent expectations of women?

Betty Friedan, and American feminist writer and activist wrote “The Feminine Mystique,” which has been credited as what sparked the second wave of American feminism in the 20th century. Her book gave people a look into the lives of housewives of the 50s and 60s, exposing the silent desperation in which millions of American housewives suffered while trapped in the “comfortable concentration camp” of the suburban home. These women were expected to raise children, clean the house, do laundry, and have dinner ready on the table when Husband got home from making money all day, and they were supposed to look perfectly polished, pretty, and happy while doing it. “The Feminine Mystique” was written 58 years ago, and society still expects women to look and act this way.

It’s 2021 and women should no longer be expected to smile every minute of every day even if they don’t feel like it just because a man asks. We should be done walking away from it and just talk back. The next time someone tells or asks me to smile, I’m going to stand as tall as I can, look him straight in the eye and let the words “Why don’t you smile?” fall from my lips.