A is not for Ally 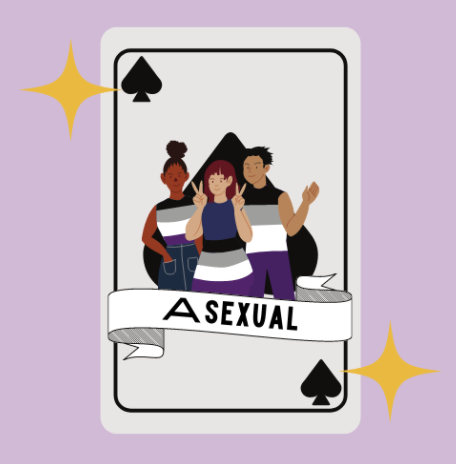 As the LGBTQIA+ acronym continues to grow, it’s important to recognise and include the last few letters. People often cut the acronym short – whether for simplicity or lack of knowledge, we’ll never know – but representation and integration are incredibly helpful to those minorities.

The letter A has a lot of controversies when it comes to the identities that it labels. Some people argue that it stands for ally, though others say it stands for both asexuality and ally. While considering that the term ‘ally’ was incorporated in the eighties, the term ‘asexuality’ actually came around eight years before, in Lisa Orlando’s Asexuality Manifesto written in 1972 as explained on The Asexual Agenda. The manifesto was written in alliance with the New York Radical Feminists – a women’s organisation dedicated to speaking out against rape and inequality, while also promoting and spreading education on motherhood, lesbianism, and feminism. The group originally held heterosexual and lesbian caucuses, but members eventually created groups for bisexuality and asexuality – which led to the publication of the manifesto. But even though ‘ally’ wasn’t coined until *roughly* 1980, allies have been around for much longer.

Allyship is still (and will always be) amazing for everything it supports, but it doesn’t belong in the official acronym. The A actually stands for Asexual, Aromantic, Agender (and oftentimes Abrosexual too), not ally. Allies aren’t oppressed; being an ally isn’t a sexual/romantic orientation or gender identity. While it’s still nice to have allies, discrediting the real orientations that belong under the A is hurtful and disrespectful.

“Allies are important, but they aren’t apart of the community itself,” comments Mirabelle Haegele (‘23), “They’re only there to support,”

Aromanticism is the lack of romantic attraction. People often shove aromanticism and asexuality together, but they’re actually two separate identities! Just like how not every Ace is aro, not every Aro is ace. Aros (aromantics) can have a different sexuality and feel other types of attraction and can also be in relationships too. Aromanticism – like asexuality – is a spectrum. People can feel varying levels of attraction, and attraction-response is on the spectrum too. It all depends on the person,  how they feel about themselves, and what they’re comfortable with.

Societal norms have instilled the idea that sex and love are what makes us human, and it’s simply not true. People have gotten so attached to these ideals that they tend to stigmatise anyone they don’t apply to. Coming out or realising you’re ace/aro is often harder than other identities. Queer aces/aros can’t feel their certain type of attraction, so they usually don’t even realise they’re not like the others around them. And when they do realise that they’re not feeling it, many of them feel ‘broken’ or ‘incomplete’ because society has told them that something is wrong with them.

Asexuality and aromanticism have hardly any media representation or position in school sex educations (hopefully Referendum 90 will include us!), which makes realising you’re ace or aro that much harder. In fact, there are many people that say if they’d known about asexuality/aromanticism earlier, they’d 100% have identified as it sooner. Most adults shut down asexuality and aromanticism, claiming that they ‘aren’t for kids’. Everyone is open to potential change and growth in their identities. People can label themselves as to how they feel at that given time, and it can be something different later on down the road, which is completely okay. But even parents accepting of gay/lesbian, bisexual, or trans kids will often actively quench asexuality and aromanticism, insisting they ‘have a hormone imbalance’, ‘are sexually/romantically traumatised or repulsed’, or just ‘too inexperienced’. A lot of aros/aces face isolation, as people tend to disregard their identities, and when people continue to do so, it’s incredibly disrespectful and very hurtful to those needing that validation.

Even amongst LGBTQIA+ communities, asexuality and aromanticism are stigmatised. Especially for heteroromantic-asexuals and heterosexual-aromantics, people in the queer community think that those who don’t experience sexual/romantic attraction don’t have a sexual or romantic orientation, and therefore don’t belong – which definitely isn’t true! When aces/aros see things like that, it’s incredibly damaging. We feel so much hate and condemnation already; it’s a million times worse when the group you think would understand just doesn’t. Especially now that allies are trying to kick those identities out of their own space, aces/aros need that representation. Everyone else has it, why shouldn’t we?

No one likes to be left out, and misrepresentation only makes it worse. Aces and aros struggle so much internally, constantly facing hate from people around them, and doubting themselves and their own identities. Just like any other sexuality/romantic orientation/genderism, there’s a lot of defamation. Aphobia is extremely hurtful – especially people who are hellbent on keeping it out of society. It’s important for teens and adults to have this recognition to help them figure things out. Allos need to realise that discrediting our a-spec community does so much harm. New aces/aros go through so much when first coming out to themselves and their communities. They face constant aphobia and hate speech, they face corrective rape, they face the fear of forever being alone because people are constantly telling them they’re broken. They face the anxiety of thinking they’ll have to consent to sex or romance in order to be accepted, and they face forcing themselves into awful situations because they think something is wrong with them.

“My experiences with allonormativity are heavily mixed with toxic romantic [and sexual] expectations,” writes Instagram activist Arrow of @aro.ace.magic, “I felt as if all my actions were being picked apart,”

Just like Arrow, spreading education and awareness is incredibly important towards the a-spec community. The representation will boost acceptance and recognition of aromantics and asexuals, providing a safe space for aros/aces, as well as allowing people to understand those identities.

“We can spread awareness and validation for a-spec communities by educating people on what it means to be a part of [the a-spec community],” Jenna Minneman (‘24) tell us. “And by trying our best to represent them correctly, … they can feel accepted,” 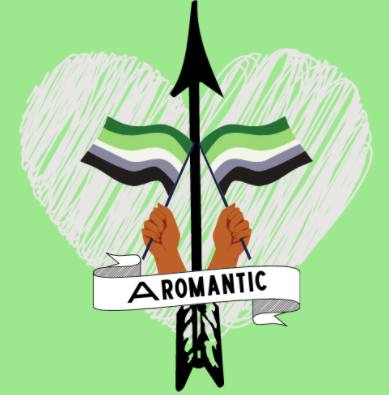 By eliminating the replacement of ‘ally’ under the A, we can help all asexuals and aromantics feel safe within themselves and their community, and show them that they have a true place in the world despite what anyone says against it.

“Allies are great,” says Maryn Dunsire (‘26). “although it sucks that there has to be a specification and [we] can’t assume everyone’s an ally. As long as they don’t claim themselves as a part of the LGBTQIA+ community, being an ally and supporting is okay,”

“Allies need to work to bring light to the issues of the minorities they’re supporting while not drowning out the community they want to support,” adds Mirabelle. “By [working with allies] and bringing light to different a-spec sexualities and romantic orientations, [we can] educate others about them and foster more support for these communities,”

Ace – a person who is asexual

Aro – a person who is aromantic

Cishet – someone is both cisgender and heterosexual/heteroromantic

Platonic Attraction – finding a person appealing as a friend

Allosexual/Alloromantic – someone who feels sexual/romantic attraction