The Presence of Bi-phobia Among the LGBTQ+ Community 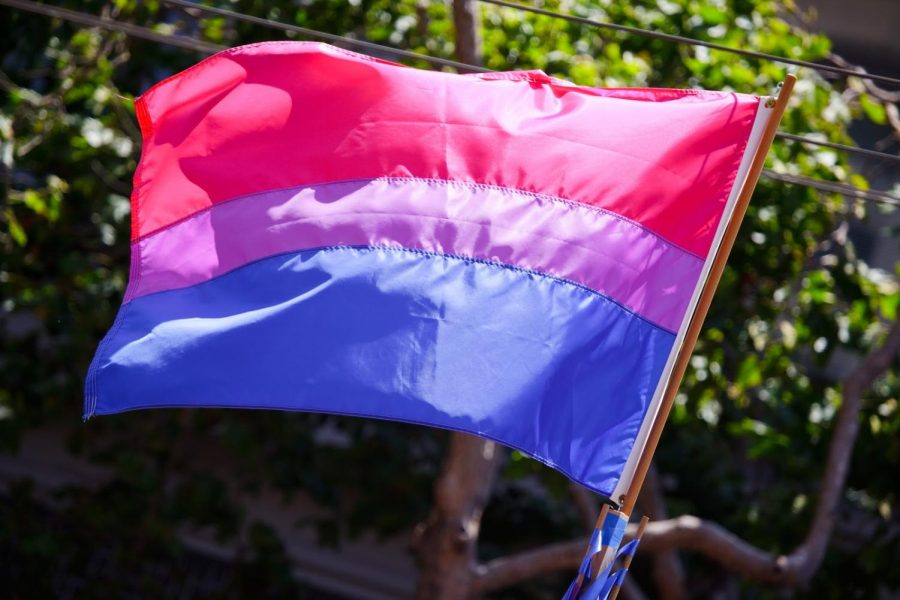 of, relating to, or characterized by sexual or romantic attraction to people of one’s same sex and of the opposite sex.

Imagine this: you’re a bisexual teenager who just recently came out, expecting to be fully accepted by the LGBTQ+ community, and in some ways you are, but there are also the occasional digs at your sexuality from non-bisexuals. It doesn’t really feel great.

Some of my experiences with biphobia were when an LGBTQ+ relative of mine said that she thought women could be bisexual but men couldn’t, or times when another relative always got frustrated when a bisexual character in a T.V. show would end up dating the opposite sex. These instances may seem minor to those who aren’t bisexual, but the input of non-bisexual individuals is ultimately irrelevant as they don’t experience the attraction to multiple genders.

My interviewee, Mikayla Johnson (a coworker of mine), explained some instances in which she experienced or witnessed biphobia in the LGBTQ+ community. “My friend said that they liked to make fun of their bisexual friends on National Boyfriend’s Day—when they’re females dating males—and call them straight,” she told me. She also told me of a similar experience she had where she went from dating a girl to dating a guy and then dated another girl afterward; one of her friends referred to her dating a guy as her “straight phase” and then said she was a “lesbian again” because she was dating a girl afterward. Instead of considering that she might be bisexual, her friend tried to label her as one or the other because they didn’t understand that same attraction.

A study was performed by the Williams Institute at UCLA’s School of Law through 9 surveys over a 7-year period in multiple regions inside and outside of the U.S. to help find out how many people identify as lesbian, gay and bisexual and how many identify as transgender. In this study, it was found that 1.8% of adults identify as bisexual whereas 1.7% identify as gay/lesbian. So why is biphobia present in the community if the bisexual population is slightly larger than that of the gay/lesbian population? While their surveys also found that women are substantially more likely than men to identify as bisexual, men do still identify with that specific label, therefore debunking my relative’s claim.

In my interviews, I asked whether they believed one gender was more likely to identify as bisexual over another. “I don’t necessarily think so, I just think that, in general, it’s more accepted for women to be bisexual,” Johnson stated. Searcy Larson (‘21) had something similar to say in that women are more “out about it” and that it’s more accepted for women to be bisexual because heterosexual males typically sexualize the idea. This mindset leaves bisexual men to be less celebrated and accepted when “coming out.” Another stigma of bisexuality is when a bisexual person dates a non-bisexual person and their partner has the idea that everyone is “competition.” This is incredibly damaging, as it makes bisexual individuals seem as though they are more likely to cheat and are incapable of loyalty in relationships. “I’m one of the most loyal people that there is, […] it’s very frustrating when you like someone that is too afraid to date you because they don’t understand,” Larson explained.

My last question for my interviewees was: “In what ways do you think the issue of biphobia can be fixed or changed?” Larson explained that “if you just let people exist, if you just let them be them, if you just let them love and identify as who they are.” Johnson said that the issue is more of an “open mindedness thing” and that making people more aware and having more representation would help. “They [society] would be more likely to accept the idea that bisexuality is valid because they’ve seen famous people portray bisexual characters and it’s something that will become more normalized,” she went on to say.

Biphobia is an issue that is not only present in the heterosexual community but in the LGBTQ+ community as well. It is a problem that needs to change everywhere because every sexuality and identity is valid and that needs to be normalized. Who/what you identify as does not make up your whole person, it isn’t a part of your personality; yes, it will affect small parts of who you are, but there is also so much beneath the surface and that’s what makes people absolutely different and incredible.